In 1983, I graduated with my MFA and became a professor at Xi’An Institute. At the time, Yong Zhou was graduating from the Bachelor’s program and exhibiting his works at the BFA Exhibition. This was when I was “introduced” to him, and through his artworks I knew immediately that this artist was overflowing with vitality.

What is worth talking about is that when China was just starting to reinstate its standardized high school test, society was filled with talent and potential. Many gifted young artists were starving for opportunities to test their creative abilities, which they did to hone their talent and craft. This hard work and dedication translated into what is now viewed today as high quality art. Among these, Yong’s Xinjiang series, “Tulufan’s Scenery,” made a deep impression on me. In these paintings inspired by people in western China, one can tell that he has a deep appreciation, love, and understanding for his hometown as well as a great foundation of painting technique and color theory. This becomes especially apparent when one views the combining of his symphonious passion and intensity. It is unforgettable. Unfortunately, when I had first seen his art, I had yet to meet the remarkable artist.

Four years later, after a period of teaching at Xinjiang Normal University, Yong returned to Xi’An Institute to earn his master’s degree under the instruction of Professor Sheng Beixin. A student of Maximov, Professor Sheng Beixin has a deep understanding of painting and its underlying qualities. Under the influence of his teachers, Yong continued on his artist path, a quiet, unassuming student with an inner fire. Yong Zhou’s MFA exhibition contained ten of his original works, which were painted for his degree. This time, while his works still contained his youthful passion and strong joie de vivre, they had a mature quality that separates the average from the exceptional. His passion for the Silk Road and China’s western region were highlighted in his artworks “The Red Door,” “White Apricot,” “Green Snow,” “White Night,” “Bodies,” et cetera. They speak for themselves of the great artist he had become, reflecting the beauty of the real and his eye for the sublime. All of these works were then published in the premier art magazine of the time, Art, and acclaimed by peers.

In 1993, Yong Zhou won the prestigious United Nations Green Future Awareness award and toured the United States. In 1995, he was invited to move his family to the United States to chase his American Dream. At this time, he was already middle-aged. The United States was a melting pot of cultures, which suited Yong’s personality and his vast creativity. Naturally, his inspiration broadened to include his new home, expanding the breadth of his work.

His works now include paintings with the theme of the American Wild West, encompassing both figurative portraits and a new passion for landscapes. His style became more ambitious and free, his colors more exaggerated and vibrant. His painting, when gazed upon, touches the inner strength and deep joy of humanity. Currently, he is working on a series of works about early Chinese immigrants and their contribution to the American railroads.

A Chinese proverb advises people to “read thousands of books and walk thousands of miles.” The proverb encourages dedication and perseverance as well as the accumulation of worldliness and understanding. Not only does Yong tirelessly and continuously work to improve himself and his art, he also pushes for continued educational arts relations between the west and east. 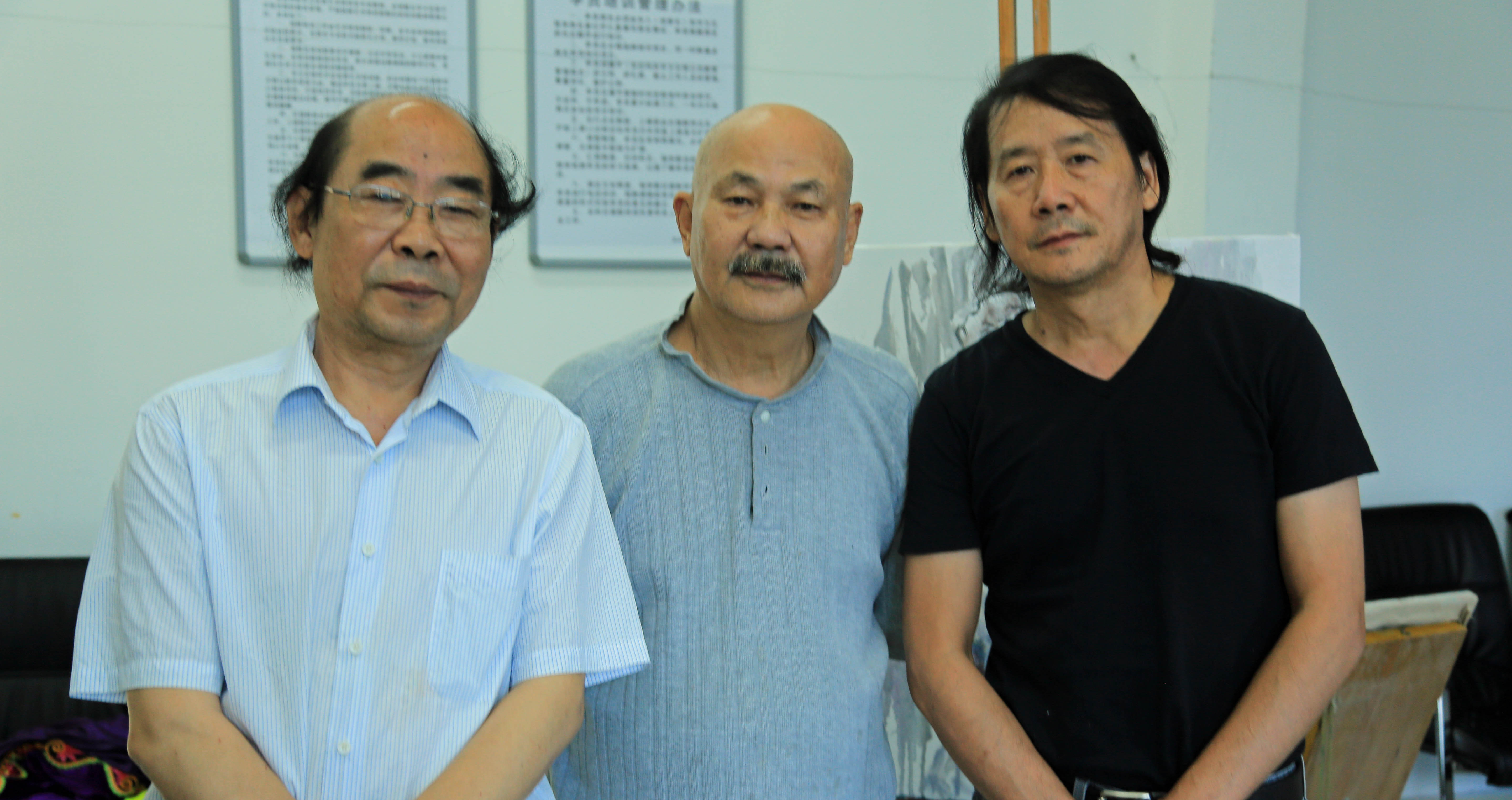 In 2013, Yong Zhou built the relationship between Eastern and Western artists, resulting in a cross-national exhibition, called May – In China. After the exhibition, Yong supervised and encouraged Chinese and Chinese-American artists to embark on a trip to paint and sketch together in China. Yong’s exuberance for his art was infectious. In observing Yong’s Christian values and his kindness, gentleness, sincerity, and honesty, I felt the inner light and strength of life, and felt what a heart dedicated to art and dreams is like.